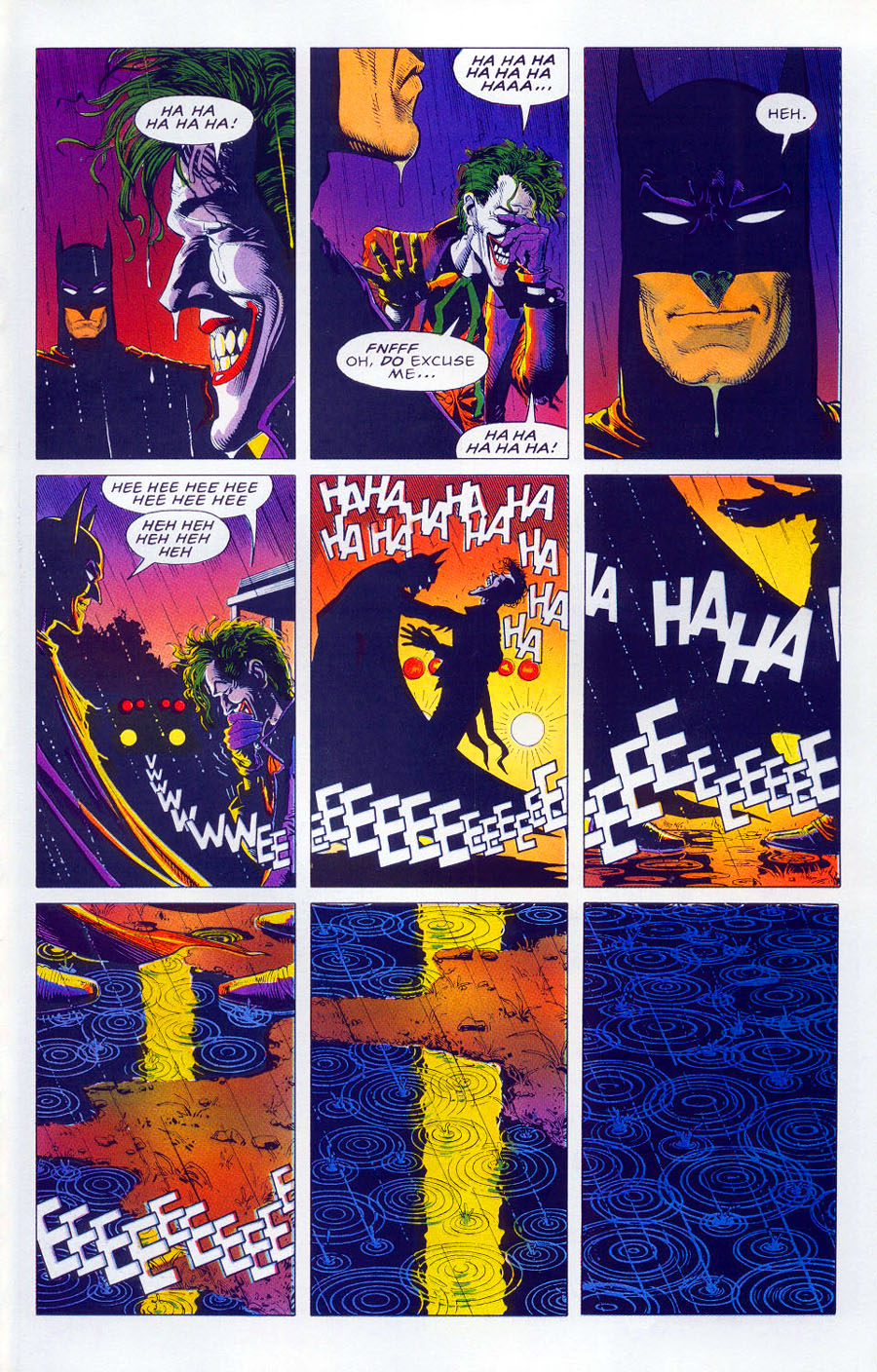 If I had to choose a particular book, my answer would not be original.
My choice would be Alan Moore and Brian Bolland’s: Killing Joke.
I choose it for it’s great story and unparalleled artwork from Bolland.
The coloring was also done in a manner that enhanced the story’s mood.
It utilized that nine panel grid that became part of the experience when reading the story.
The main reason that I pick this book is because of a controversial revelation about the story’s end. Grant Morrison said on a podcast with Kevin Smith that Batman kills the Joker. The Joker tells the ‘Killing Joke‘ at the end, Batman reaches out and breaks his neck, and that’s why the laughter stops and the light goes out, ’cause that was the last chance at crossing that bridge. And Alan Moore wrote the ultimate Batman/Joker story… he finished it.”
Awesome. Mind blown. Mic dropped. 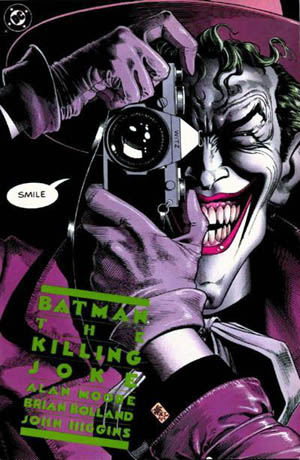 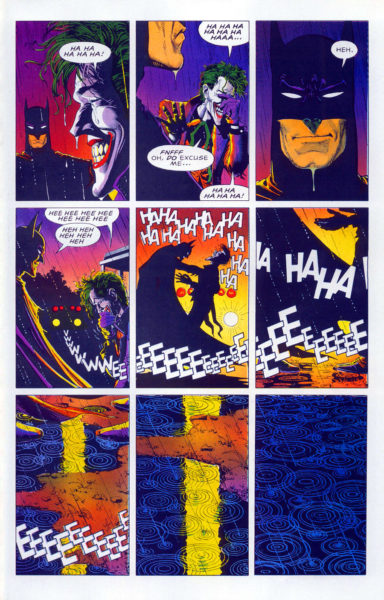