It’s hard to believe that a mere (removed by anonymous request) years ago, Tom came into the world all wet, loud and selfish. It’s even harder to believe that he’s still that way all these years later. The only difference is he now wears special soaky-pants, under his regular pants.

In honor of Tom (or as the ladies call him, lover-gramps) we at Tic Toc Tom felt a tribute was in order. A tribute to not only his wondrous contributions to the book over the last century but also, his talent and shaky-fisted stick-to-itiveness. 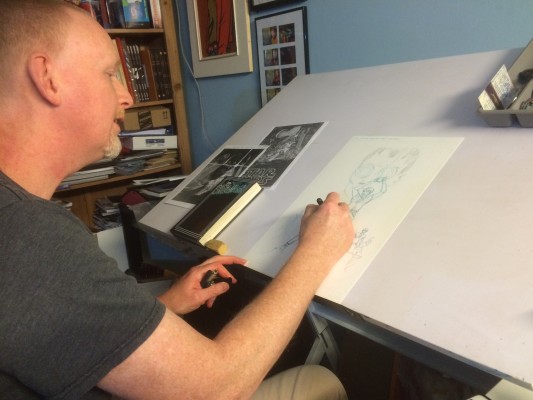 Figure 1: Tom Yeo hogging the desk and tools of Chetan Patel.Tom told Chetan to mind his elders, pushed him on the floor and then raided his medicine cabinet.

But alas, that’s not really our style. Our style involves insulting Tom until he leaves the room sniffling and saying he’s got to get something out of his wrinkled eyes.

It seems that Tom (also known by his alter ego, The Silver Centrum!) felt that his birthday would get him a free pass from our normally juvenile posts. Well, rest assured dear readers we at Tic Toc Tom have just enough integrity to continue being as childish and immature as we’ve always been!

However maybe we’re being too hasty. After all Tom (also know regularly as Laxi-Tom™) is still a fine artist who has many more creative years ahead of him. Not as many as behind him of course! Haha! Just kidding old coot! He has at least as many until his shaky-fists gets out of hand.