Preview Monday! – I am the Walrus

The weird name of the Walrus Boy was something everyone had on the tip of their tongues back in the day. Just who was the Walrus Boy and why was he associated with Tic Toc Tom? That’s a good question and you would have to ask Kenneth Gallant about the association with the name. Just think Papa Emeritus from the metal band Ghost for a contextual comparison.

Regardless of the myriad of stories surrounding the Walrus Boy; Kenneth actually met the Tic Toc Tom gang at art school. In fact Tom’s creator actually offered the character up to Kenneth to write his own stories around, but he was smart enough to realize that it would be an egregious error. Instead, Kenneth convinced the creator of Tom to put out his own mini and thus the legend of Tic Toc Tom was truly born!

So you might be wondering what happened to Kenneth after convincing Tom’s creator to keep the character; well the Walrus Boy wrote some Tom stories and also developed his own mini called Suicide. Kenneth actually had a dark personality and loved writing prose in his own mini, but ultimately left the Walrus Boy personality behind as he grew into full adulthood.* These days he can be seen running around as Dead Meat; charting his new existence on HMS, but he has also been swayed back into the Tom fold with a new story coming soon.

Below are illustrations from an upcoming Kenneth Gallant created Tic Toc Tom Story. 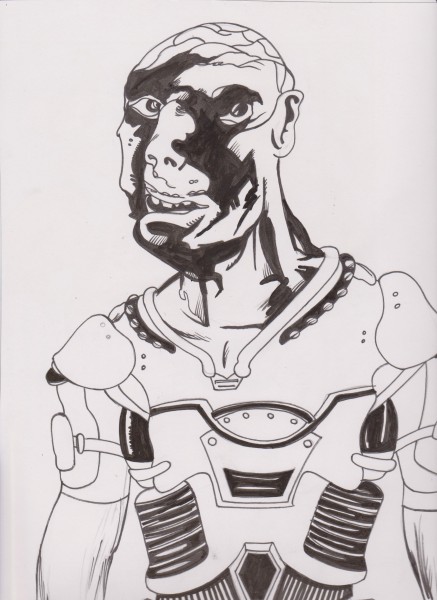 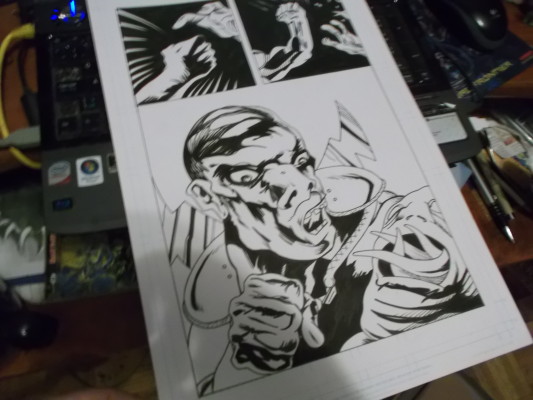 * Editor’s Note: Kenneth is far from grown up and Walrus Boy will no doubt rear his slick head once again. Probably on Friday August 21, 2015.