My name is Hugh

I remember meeting him in the early 90s through Chetan.

For those of you who don’t know him Hugh (aka Huge – see what I did there?) is a big lunk with a heart of gold. Actually that’s not true. He’s a big lunk who would punch you in the heart if you’re being an idiot. Just refer to the photo below. It’s titled “Unhinged”, for no reason in particular.

Today, Hugh is what’s known as a Renaissance man. He has interests and expertise on a number of obscure and fascinating subjects (we used to call these types of people ‘crazy’. But these days it’s not politically correct to do so. Thanks, social media mob!).

If you would like to look into the mind of a crazy person Renaissance man, check out his story from Tick Tock Tom Issue 10 o’clock, The Peace Issue. You won’t be disappointed! 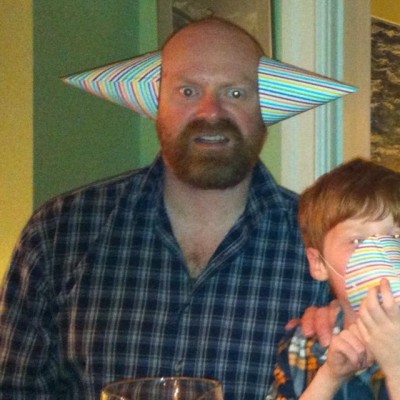