Here’s a little known fact about Tick Tock Tom (or Tic Toc Tom for all the hip, new kids out there) that may surprise you.

Peter Macchione; a valued and regular contributor to the book, knew one of the original Tick Tock Tom members in high school, before the book even existed!

It’s hard to envision a world before the comic but, believe it or not there was one. I wouldn’t dwell on it too much though. It was mostly in black and white and you had to leave your house to get music and movies and stuff.

Peter went to high school with Paul Marhue (you’ll remember Paul from his procrastination and excuses for why his art is always late) and it wasn’t until years later that Peter’s and Paul’s paths would cross again. That’s when the two artists would meet brown Jesus Chetan Patel.

And the rest; as they say, is history! Would Peter and Paul have been better off never meeting Chetan? I’ll have to think about it. But for now, let’s take a look at some of Peter’s work. 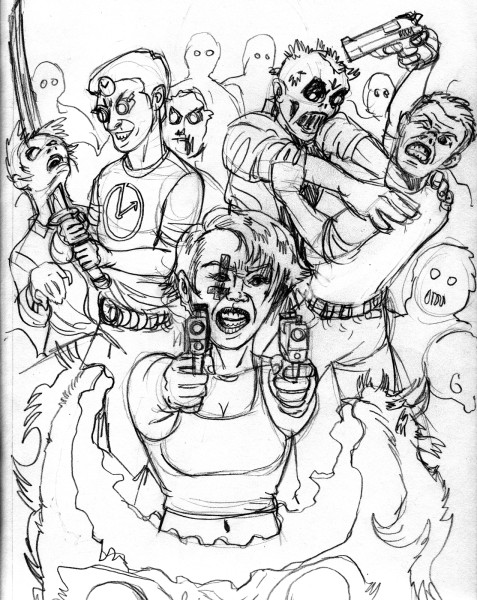 Above: The pencils from an upcoming Peter Macchione splash page. He drew this in high school!