The recent release of Tic Toc Tom Vol. 3 Issue 1 (you haven’t downloaded it yet?! It’s free and not getting any cheaper!), got me thinking about how different things are today from when the mini comic was first produced.

Before you groan about this being a nostalgic walk down memory lane, you should know that producing a mini comic in the 90s was a soul-sucking and mostly thankless grind (thankless for Chetan who did the heavy lifting. “Thankful” for me who watched him do most of the work while I smoked and snacked).

Step 1. – Pester people into doing artwork for the book (ok, Chetan still does this). Of course everyone said yes but, good luck getting the pages when the time came (you have no idea how hard it is to track down an art student. Just avoiding you is an art project to them).

Step 2. – Gather all of the artwork from an assortment of lazy art students and assemble a master file from which the photocopies were made (for the millennials out there, photocopiers are like laser printers. 3 by 6 foot laser printers that won’t fit on your desk. Also you had to get up and hit a big green button for it to do anything).

Step 3. Get Paul to take the master file into work and use the company photocopy machine to produce all of the issues. This was usually done when I had a late shift and the building was empty so I wouldn’t get caught. How they didn’t notice all of the missing paper, I’ll never know.

Step 4. Fold and staple all of the books and get them ready for delivery. We would apply a special metallic foil to each cover to prevent people from just photocopying their own (it also looked kind of cool and was a hit with the ladies).

Step 5. Hand deliver the comics to the various stores around town. I think at the height of Tic Toc Tom it was in about 15 – 20 stores in Toronto. I don’t think that many comic shops exist in the city anymore.

We also had a few subscribers in other countries so in a sense, Tic Toc Tom was an international publication!

Step 6. Wait a month, go back to the stores and, collect money for any issues sold. That money was never a lot but walking around with some ‘scratch’ in his pocket made Chetan feel like a big-shot.

Step 2. Chetan gets the artwork and assembles everything in InDesign.

I guess the point of this is that times have really changed. It so much simpler to get your work out there for people to see and hopefully appreciate. And ultimately that’s what Tic Toc Tom has always been about.

Tic Toc Tom Vol. 3 Issue 1 is a true labour of love from Chetan, Tom (as a side note, I’m going to ask Tom to change his name. I keep getting it confused with the character from the book. You’re so selfish, Mr. Yeo!) and Peter. And having seen the issues to come, I can promise that you’re all in for a wild ride.

So what are you waiting for? Stop reading and go download Issue 1! 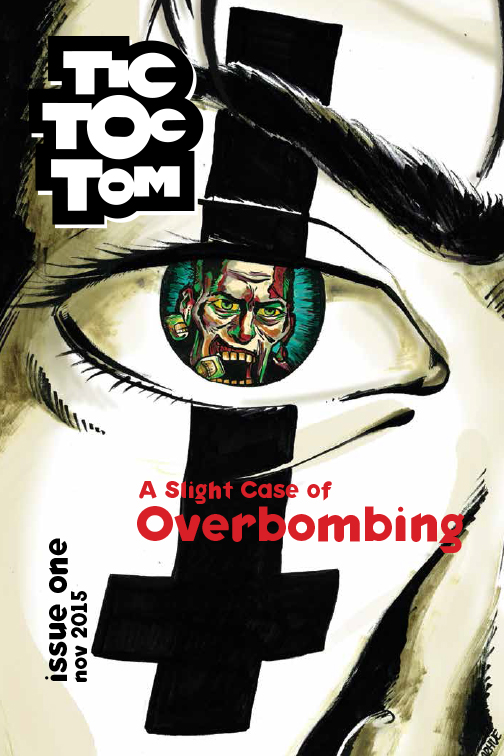