Yes, there is more from her.

A few days after the original post we (TTT staff) were warned that a rebuttal would be in the works.  And here it is:

Anita Patel:  “First, we’re not sure why Anita drew a crude umbrella on Tom’s head. Or is that supposed to be his hair? I guess we should assume the latter because she has drawn ears on top of his head. At least she knew people had two of those, right?”– Clearly, I was way ahead of my time here… I was giving Tom a futuristic ‘do a la Gary Oldman in 5th Element: 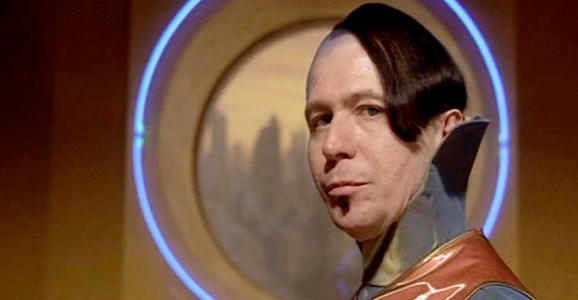 – I’ll give you the ears.“Second, what’s that in the middle of Tom’s ‘face’? Is that a nose or a caterpillar? Let’s say it’s a nose and not some eco-warrior comment on humanity’s relationship to nature. I have a tip for you, Anita. Nostrils!”– Too much emphasis is put on appearances. Did you know that rhinoplasty is second most popular plastic surgery procedure? By taking away the focus on his nose, I was able to allow Tom’s true character to shine through. “And third (thankfully), I would like to point out that Tom’s neck is as thick as his head. What country were you born in, Anita? Is everyone’s neck this large where you’re from? If so, please tell me so we can ban them from ever leaving.”– Here I believe you are mistaking his turtleneck sweater as his neck. It has been a while since I have been up your way, but I understand the winters are quite brutal. Tom is clearly taking precautions to prevent pneumonia. Just because he travels time doesn’t mean he always avoids the chilly weather. It’s just common sense.In conclusion, I had drawn an advanced, humble and practical version of Tic Toc Tom. Not bad for an 11 year old. I found my talent to be way beyond my years… the world wasn’t ready for my drawings and therefore I decided to pursue other interests.

Paul Marhue:  In fairness I did say “Although she was only 10, I could already see the makings of a great artist! Her lines were thoughtful and expressive and her understanding of contrast was far beyond her years. We hope that Anita continued drawing and would love to see more of her recent work!” But, I didn’t know you were eleven which changes everything! I will concede that the turtleneck was a good idea.

Hugh Elliott:  Turtlenecks make you feel like you’re constantly being strangled by a weak person.

Anita Patel:  Paul Marhue,  I was 11 by 2 months if that matters. I stand by the haircut.

Paul Marhue:  The haircut was a definite minus. You’ll get no points for that. But you did get the numbers on the clock right so let’s call it a wash.

Chetan Patel:   I am sorry, I still agree with Paul’s comment.  Paul is a brutal art critic. But truth hurts.