It’s taken 9 months but 2016 has finally given birth to its reason for being. Sept. 8th is Chetan “India’s Bae” Patel’s birthday.

The humble (and good looking) writers at Tic Toc Tom were prepared to let the “occasion” pass without notice until word came down from head office that our Glorious Leader was looking forward to his annual tribute.

In the past the Glorious Leader was content with a well-wish or; if he was feeling needy, a pat on his rumpus room. But for some reason this birthday seemed particularly important. Perhaps it marks a milestone? It’s difficult to say given that reports of his age range somewhere between 20 and 140. Astute readers will note that 140 years ago is the same year that Johns Hopkins University opened*. Coincidence? History will decide.

Like a roguish capybara, Chetan broke onto the independent comics scene in 1990 ( Editor’s note: “onto” is just a reference to his enormous girth and not meant to be an insult†). His landmark creation “Our Hero” set the standard for what could be done with a photocopier and cheap labour.

However, what really set Chetan apart was the first appearance of Tic Toc Tom which is a milestone in local small-press history.

The character was an instant hit and it didn’t take long for the recognition to go to Chetan’s measly forehead. He became a celebrity in the Toronto comic scene and to this day, hands out copies of Tic Toc Tom Issue One as business cards. The fact that Issue One contains no contact information doesn’t seem to be a problem as no one he has met has tried to get in touch with him.

What Chetan lacks in charisma and charm is made up for with his unrelenting desire to succeed. He has worked tirelessly‡ for the past 25 years to forge Tic Toc Tom as a unique symbol of Canadian literary culture. It will go down in the annals of history as one of the great independent comics.

On a personal note, I would like to say that it has been a pleasure to work with someone of Chetan’s stature. He will never be described as “scintillating” or “dynamic” or “hygienic” but, I hope that I’m there when he becomes those things (especially hygienic).

So to you Glorious Leader, a happy birthday! May all of your demands wishes come true! 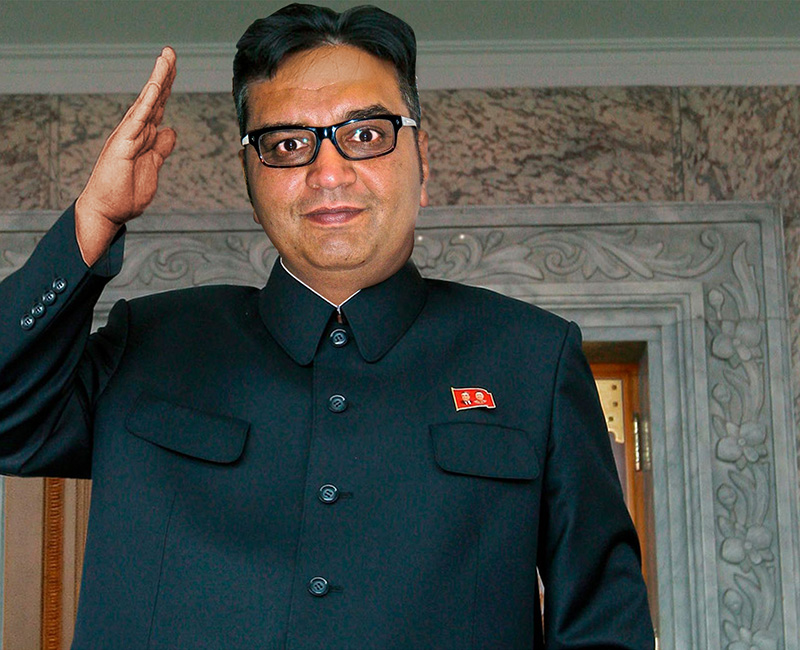 * It’s also the first year that sardines were canned, which seems more appropriate.

‡ The phrase “He has worked tirelessly” includes the countless hours of time spent by third party artists. By reading this sentence you relinquish the right to sue Chetan Patel. You can however, still punch him in the face.